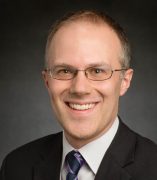 TJ Augustine is the Interim Vice Chancellor for Innovation at UIC. As a Carnegie I research university, UIC is a hub of innovation and cutting-edge research with a national and international reputation. It provides an expansive education and healthcare enterprise throughout Illinois, contributing $7.6 billion to the state economy annually.

UIC is focused on becoming an even more entrepreneurial university and created OVCI to organize its innovation and commercialization portfolio under one office. As Vice Chancellor, Dr. Augustine oversees the IT functions on campus (Academic Computing and Communications Center or ACCC), distance and adult education programs (Extended Campus), corporate relationships, and coordinates technology commercialization and entrepreneurship activities.

Previously, Augustine served as Associate Vice President for Economic Development and Innovation for the University of Illinois System where he was responsible for providing strategic leadership in identifying potential public-private partnerships and enhancing connections among internal and external stakeholders to foster innovation and technology commercialization. Prior to returning to the University of Illinois, he served as a Technology-to-Market Advisor and Acting Deputy Director for Commercialization at the Department of Energy’s Advanced Research Projects Agency (ARPA-E) where he helped prepare breakthrough energy technologies for transition from the lab to the marketplace. While at ARPA-E, he helped craft the agency’s commercialization strategy, particularly focusing on a number of programs targeting biological production of transportation fuels.

Augustine also served as Special Assistant to Secretaries Steven Chu and Ernest Moniz at the Department of Energy, where he acted as the Secretary’s principal liaison to senior staff in the areas that included energy technology development, environmental management, and national security. Prior to the Department of Energy, he worked as an OSA/SPIE/AAAS Science and Technology Fellow in the office of Senator Richard Durbin, developing legislative strategies and serving as an advisor for energy and environmental policies.

Augustine is an alumnus of the University of Illinois at Urbana-Champaign (BS in Chemistry), and he earned both a Master’s in Public Policy and PhD in Chemistry at Stanford University.