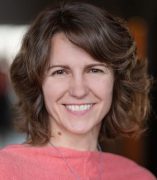 We study conceptually new catalytic approaches for solar fuel-forming reactions. The mainstream research in this area explores transition-metal-based systems to catalyze O2/H2 evolution and CO2 reduction. These catalysts are often made of rare and toxic metals, which disables their wide usage. To provide less expensive and more environmentally friendly alternatives, we aim to discover earth-abundant catalytic motifs that utilize solely organic compounds made of C, H, N and O.

Three projects are currently under investigation in our labs:

Metal-free motifs for electrocatalytic oxygen-evolution reaction (OER) and oxygen-reduction reaction (ORR). This research endeavor is driven by the hypothesized mechanism involving iminium ions, pseudobases and peroxides as key catalytic intermediates (see figure). Our studies have shown promising results for metal-free OER catalysis, and have provided important insights into the recent findings by other groups on OER by metal-free doped carbon-based nanostructures. In the future, we aim to investigate the OER/ORR bi-functionality of our model structures as an approach towards more efficient catalysis. In addition to these mechanistic studies, the chemical methodology to graft the well-defined catalytic motifs onto the edges of graphene nanoribbons will be explored to form functional 3D materials for OER/ORR. This project is currently funded by NSF.

Photocatalytic CO2 reduction using NAD /NADH analogs. In this biomimetic approach, the CO2 reduction is expected to occur by a sequence of three hydride transfer steps from NADH analogs, which are photo-generated from the corresponding NAD analog dyes (see figure). The advantage of such approach is that the selectivity for methanol production will be achieved, while the undesired proton reduction will be suppressed by metal-free catalysts. We recently demonstrated the efficient photoreduction of NAD analog dyes on GaP, while our current efforts aim to evaluate the hydricities of model NADH analogs and their reactivity toward CO2 reduction. This study will provide important mechanistic insights into the CO2 reduction catalysis observed by others using simple organic catalysts (such as pyridinium ion). This project is currently funded by ACS PRF.

Light Harvesting By Graphene Quantum Dot Assemblies: This project involves a study of graphene quantum dot (GQD) assemblies as light harvesting elements, with potential applications for solar fuel production. The absorption frequency can be tuned by varying the GQD size, while the catalyst for solar fuel forming processes can be attached to the edges. The aim of this project is to use ultrafast laser spectroscopy to investigate the factors that control the exciton size and migration in GQDs, as well as rates of photoinduced charge separation at the catalytic sites. This project is currently funded by DOE.

While this research is motivated by the applications in energy storage, our approach is quite fundamental in nature and addresses the key aspects of important chemical processes, such as O-O bond formation and hydride transfer. Our aim is to facilitate the discovery of a new generation of catalysts by providing fundamental mechanistic insights.