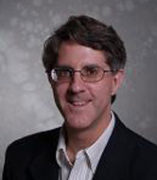 Physics with a courtesy appointment in Chemistry

Biography
Mark Schlossman started research on water surfaces during his postdoctoral appointment with Professor Peter Pershan at Harvard University. Many years later in 2012, Mark and Peter published a book entitled Liquid Surfaces and Interfaces: Synchrotron X-ray Methods that included this early joint work as well as many independent research activities carried out during the intervening years. After his postdoc, Mark worked at the Center for Advanced Radiation Sources at the University of Chicago from 1990 – 1994, during which time he funded (along with Stuart Rice), designed, and built an instrument at the National Synchrotron Light Source at Brookhaven National Laboratory to study water and other liquid surfaces and interfaces with synchrotron X-rays. Upon joining the UIC Department of Physics in 1994, Mark used this new instrument to pioneer the study of molecular organization at the water-organic liquid-liquid interface. In 2002, Mark’s continued involvement with ChemMatCARS at the University of Chicago led to the installation of a modified version of this instrument at the Advanced Photon Source at Argonne National Laboratory. Mark continues his association with ChemMatCARS to this day, contributing to the development and funding of this facility, as well as using it for his research.

During Mark’s years at UIC, his research group has used X-ray scattering and other techniques to provide a physical description of molecular-level processes at water surfaces and interfaces, with a more recent emphasis on understanding the role of electrostatics in these processes. This has led to a new understanding of the distribution of ions at interfaces, including the role of ion correlations and interfacial structure in determining them. Such distributions underlie the equilibrium and dynamical properties of charged molecules and particles at interfaces and in bulk solution. Ion distributions are relevant to many scientific and industrial processes, including areas of societal relevance such as water treatment and purification. Recent research in Mark’s group includes a fundamental understanding of extractant-assisted ion transfer, which is relevant for environmental remediation, water cleanup, and heavy metal separations. A new area of research in Mark’s group (as of 2014) is the voltage-controlled localization and assembly of charged nanoparticles at liquid-liquid interfaces. Other areas of interest include the study of protein interactions with hydrophilic surfaces, such as membranes, surfactant ordering and interactions at liquid surfaces and interfaces, and nanoscale aqueous films. The majority of this research is experimental, though theory and simulations have been undertaken in support of the experiments.