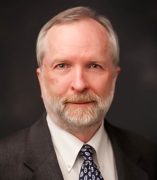 Our group conducts fundamental studies of the mechanisms of chemical reactions that take place on the surfaces of transition metals. These studies are motivated by a desire to gain a more detailed understanding of the surface chemical reactions that occur in heterogeneous catalysis.  Spectroscopic methods are used to identify important surface intermediates and to measure the kinetics of surface reactions.  The technique of reflection absorption infrared spectroscopy (RAIRS) has proven to be particularly effective in identifying molecules on surfaces and in distinguishing between adsorbates with subtle differences in structure. We have worked to steadily improve the experimental capabilities of RAIRS and to understand various physical phenomena that influence the spectra. With its high resolution, RAIRS is exquisitely sensitive to different surface chemical species and by recording spectra as a function of time the rates at which reactants are transformed into products can be measured. Such spectroscopic and kinetic studies provide new insights into the mechanisms of surface chemical reactions. For example, by using RAIRS to measure the kinetics of NH formation from atomic nitrogen and hydrogen on the Ru(0001) surface, we were able to establish that quantum mechanical tunneling plays an important role in this reaction. The hydrogenation of nitrogen is a key step in the ammonia synthesis reaction, one of the most industrially significant examples of heterogeneous catalysis.

Our spectroscopic studies are often combined with studies of the structure of surfaces with the technique of scanning tunneling microscopy (STM), which can provide atomically-resolved images of surfaces. In addition, through an international collaboration with a Japanese group, we use low temperature STM to study surface chemistry at the single-molecule level. In this collaboration, we observe the properties of individual molecules as they undergo reactions that we have studied at the monolayer level in our UIC laboratories with techniques such as RAIRS. As one example of this approach, we have established the structure of atomic nitrogen on a Pt(111) surface and observed its hydrogenation to NH molecules with both RAIRS and LT-STM. Once an NH-covered Pt(111) surface is formed, the STM tip can then be used to selectively dissociate individual NH molecules, allowing letters to be written on surfaces at the atomic-scale.

Writing with an STM tip: selective dissociation of NH molecules on Pt(111) obtained by UIC student Zhu Liang and published in ACS Nano in 2015.