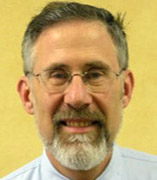 The focus of our research is on the use of lasers to control the behavior of matter. A primary example is the coherent phase control of chemical reactions. In the frequency domain, we utilized quantum mechanical interference between one- and three-photon excitation paths to control the branching between photodissociation and photoionization of molecules in a molecular beam.1 In the time domain, we used shaped femtosecond laser pulses to control the dynamics of electronically excited pyrazine.2 We used similar methods to induce coherent phonon excitation and to control the carrier dynamics in a gallium arsenide crystal,3 and we discovered a novel mechanism for energy transfer between lasers in a plasma.4 Applications of our research include ultrafast material processing,5 application of laser ablation to glaucoma surgery,6 and material analysis using laser-induced breakdown spectroscopy (LIBS).7 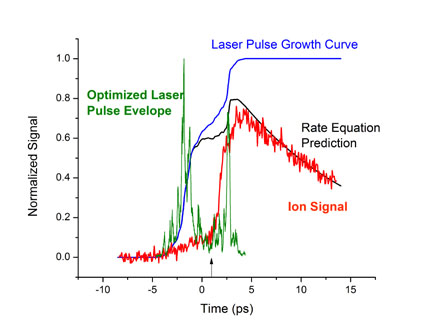 Controlling internal conversion with ultrashort laser pulses.1 A genetic algorithm is used to find a laser pulse that inhibits the UV ionization of pyrazine at T=1.0 ps. The red curve shows the parent ion at different pump/probe delays. The black curve is the predicted (and observed) ion signal for a transform limited pulse. The blue curve shows that although 70% of the photons have arrived by time T, very little ionization has occurred. 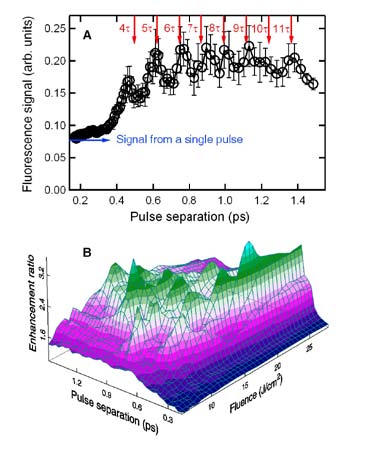 Coherent control of carriers in gallium arsenide produced by a train of three ultrashort laser pulses.2 The figures show an increase in photoluminescence when the pulses are separated by an integer multiple of the phonon period. The effect is caused by phonon-induced scattering of electrons and holes into the L-valley, where the carriers recombine. 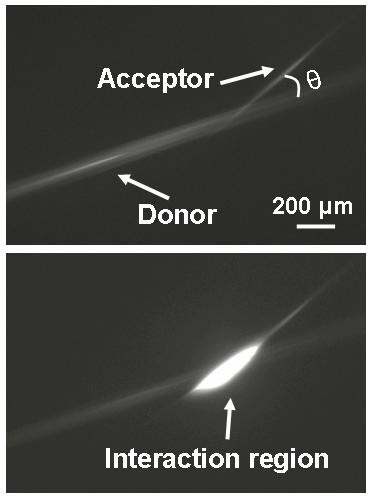 The “Ghostbuster Effect,” showing the energy transfer between two focused femtosecond laser beams.3 In the upper panel the pulses to not overlap temporally, while in the lower panel the pulses collide, transferring energy from the donor to the acceptor beam. The effect is caused by stimulated Raman scattering mediated by the plasma produced at the crossing point of the lasers.